The Peter Daly Society would like to thank Teach na Fáilte for their invitation and hospitality at the recently unveiled mural to the International Brigades.

The mural depicted the image of the republican congress contingent who attempted to take part in the 1934 Bodenstown Commemoration but was attacked by nationalist elements, these working class socialists came from both the nationalist and loyalist areas of Belfast, most of these brave men made the supreme sacrifice in Spain making a heroic stand against fascism, they should never be forgotten. 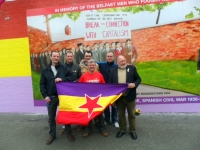 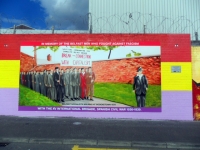