From Monageer to Spain – The Story of Peter Daly

The Daly family returned to Ireland and lived in Tomsollagh [Enniscorthy], Peter attending National School in the old schoolhouse at Tinnacross and later Monageer. As a youth he was an active member of the local unit of Na Fianna Eireann, carrying messages, gathering and hiding arms and organising anti-British protests. Having taken the anti-Treaty side in the Civil War, Peter was wounded and taken prisoner in that struggle. After 17 months in gaol, he finally secured his release after an 18-day hunger strike.

The 1920’s were a period when work was scarce, being almost impossible to find if you had taken the losing side in the tragic Civil War. Like thousands of others around this time, Peter was forced to emigrate. On reaching Fishguard with no money, himself and comrades Mick and Bill Sinnott, Crane, walked and worked their way to London, a distance of between 250 and 290 miles, sleeping in fields, barns and, on one occasion, having to endure the indignity of sleeping in a pigsty. 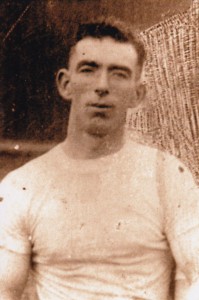 After working in Britain for a period, he joined the British army in which he served for four years, reaching the rank of Sergeant. His service promptly ended when it was discovered he was smuggling guns to the IRA – Peter had to leave in a hurry!

On his return to Ireland, Peter took up the position of training officer of the Wexford Brigade of the IRA. In 1934, he joined Republican Congress, an organisation formed by a group of radical Republicans and intellectuals, including Peadar O’Donnell, George Gilmore, Frank Ryan and Nora Connolly-O’Brien.

It was the aim of this group to bring together all of Ireland’s republicans, workers and small farmers in their common interest, irrespective of religion, in a 20th century version of the United Irishmen. Republican Congress made some inroads and organised Protestant workers in Belfast. A small group of those same workers came South and placed a wreath on the grave of James Connolly and also marched to Tone’s grave in Bodenstown, carrying banners like ‘United Irishmen 1934’ and ‘Break the Connection with Capitalism.’ Peter’s activities in this organisation are proof of his non-sectarian republicanism.

Once again, however, he found himself back in Britain, this time working as a navvy for Wimpy of Hammersmith, London. In 1936, a well-planned revolt led by General Franco and three other army generals, with backing from the future axis powers of Nazi Germany and Fascist Italy under Mussolini, attempted to overthrow the democratically elected Republican government of Spain.

As Britain, France and the USA remained uninvolved – as was their policy during this period of appeasement and non-intervention – Peter Daly was one of the first to volunteer for the International Brigade which went to Spain to fight for the cause of the Republic in the Civil War. 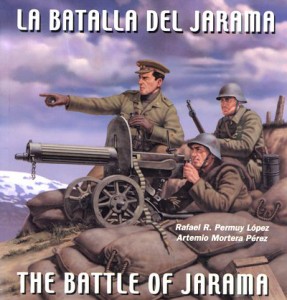 On February 12th, as the battle of Jarama raged, Peter Daly played a leading role in his sector. Afternoon on that day, Peter was wounded and attended to by Tom Jones, another Wexford man fighting for the Republic in Spain.

By March 20th, 1937, Peter was back at the front again, this time at a place called Pozo Blanco, which was under heavy enemy pressure. After their earlier success, the Irish in the Anglo-American Company were sent to Chimora to assist in the battle there.

Pozo Blanco-Chomora formed part of the Cordoba front in southern Spain. Situated in the Sierra Morena Mountains, Peter Daly and his comrades of the 20th battalion were to spend four months in this desolate and arid countryside.

Part of the Republican mission here was to defend the mercury mines of Almaden which was much coveted by Franco’s allies, Nazi Germany. The battles fought here secured the mines in Republican hands until shortly before the end of the war.

The Irish, British and American volunteers were again successful in taking a hill by surprise form the Fascists. This time being out-numbered and subjected to an artillery barrage for over two hours, the Republicans were forced to retire from the hill. Peter Daly played a leading part throughout this action. Writing of his conduct, his fellow soldier Alec Donaldson, said that ‘he was courage incarnate.’

On this occasion, with two others, he manned a machine-gun and covered the withdrawal of the company (of which he had been made commander during the battle), keeping off the enemy troops who had advanced under the cover of a heavy barrage of shells.

Donaldson continues: “He was the type of leader for whom men would have gone through hell, and his qualities were such that he merited this high regard of his comrades.”

Wounded again in the hip, he was forced back into hospital. At the conclusion of the action, his Anglo-American Company was paraded before the rest of the 20th battalion as an example of a brave and efficient combat unit. As well it might, as the hill was re-taken by them. New battles were on the agenda.

The action now switched to the Basque country of northern Spain where the inhabitants were fiercely opposed to the attacking Nationalists, as Franco’s forces were known. 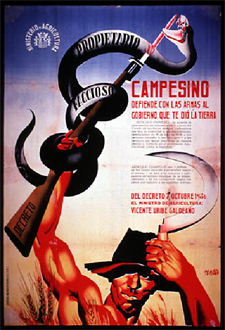 On April 26th, Guernica, as depicted in Picasso’s famous painting, “The Sacred City of the Region”, was subject to fearsome bombing by the German Luftwaffe. It was into this situation and to relieve pressure on the Basques that Peter, who could never stay in hospital, once more rejoined his comrades. On his return, he was made commander of the British and Irish battalion, having spent much of his recuperation in an Officer’s School, both learning and teaching.

Peter’s detachment, having taken the fortified town of Quinto after 3 days of fierce street fighting, turned their attention to the fortification, which overlooked it, raining fire on the town.

Showing great bravery, Peter led an assault on the imposing structure and was badly wounded in the stomach during the assault. His men, who were devoted to their leader, carried him back to safety, despite the rain of death coming from the hills. Through all of this, Peter displayed great qualities of courage and calm leadership. The next day the hill was taken with Paddy O’Daire of Glenties, Co. Donegal, in command of the Republicans.

Peter was transferred to Benicasim Hospital outside Valencia where he died at 6.10 am on the morning of September 5th, 1937. Michael O’Riordan’s definitive history on the Irish participation in the Spanish Civil War states he was ‘a great Irishman and a great commander.’

He was one of the men of whom Dolores Ibarruri, the famed ‘La Passionara’ spoke the words: “You gave your youth or maturity, your science and experience, your blood and your lives for the Spanish people and asked nothing at all.”

She said: “When the years pass by and wounds of the war are healed, and pride in a free country is felt equally by all Spaniards, speak to your children. Tell them of these men of the International Brigade.”

At a ceremony in Madrid in 1996, Peter Daly’s surviving comrades of the International Brigade were made honorary citizens of Spain and they accepted this great honour on behalf of their dead comrades.

Today, the fraternal soil of Spain forms a shroud around Peter Daly where his body lies buried in Benicasim Cemetery.